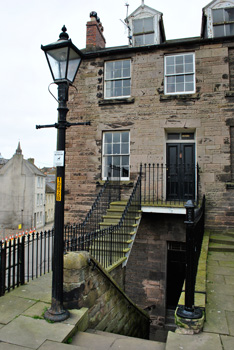 Just when I thought that HMRC couldn’t get more ridiculous, news has reached me that they are now trying to argue that landlords should be paying National Insurance Contributions (NIC) on their rental profits.

It’s also a firmly established rule that income from long term lettings, such as buy-to-let properties, are considered “investment income” by the tax authorities – i.e. it is not “earnings”, and therefore not subject to NIC.

But several landlords have received letters from HMRC saying that they might be due NIC on their rental profits. It’s clear that this is not just one maverick HMRC officer but is more a systematic attempt by HMRC to get more money into the UK government, whether or not it’s right.

I expect that this will eventually go away once the professional bodies such as the Chartered Institute of Taxation make representations. But in the meantime I am concerned that individual landlords might be bullied into paying up, when clearly they have nothing to pay.

Action: If you get one of these letters from HMRC don’t pay. Write back pointing out that it is a firmly established principle that passive earnings from property letting are not “earnings” for NIC purposes. (You could mention the case of Rashid v Garcia if you really want to make your point!)