I was asked this recently by a client who was keen to grow his trades business. I explained as follows. (This is based on real experiences we’ve had with our clients but is not based on any one client):

Meet John (not his real name!).

John started his trades business a few years ago but hasn’t really achieved what he hoped for when he set out. He’s been flying by the seat of his pants for a couple of years and really has no clear idea of his business financials. Deciding to do something about this he met with his accountant and made a plan.

He decided he would like to make £120,000 profit in the next 12 months. (I’ll keep the numbers simple). So £10,000 net profit per month. John reckons that this will be enough to cover tax, his drawings and any loan repayments he has to make.

So far so good…

John then goes back to his office and starts pricing jobs. His average job value is £10,000 so he reckons he needs 5 jobs a month to hit his target.

He prepares the cost schedule for his next job which come out at £6,667. He then adds the 50% discussed with his accountant and prices the job at £10,000. He’s happy as this seems to be working and carries on for the next few months.

However, something doesn’t seem to be right. He seems to be running out of cash and can’t see how he will get £120,000 profit. His accountant must have made a mistake with the calculations.

After 3 months he decides to get help. His accountant asks him what gross profit rate he’s been getting and he says that it “must” be 50% as that’s how he reaches his price for a job. He hasn’t actually looked at his financial results as “accounting and numbers” are not really “his thing”.

Hopefully you can see what has happened. John confused mark-up with margin. Margin is the amount of sales value left after deducting direct costs. It’s also known as Gross Profit rate and is expressed as a percentage of the sales value. In John’s case this was planned to be 50%.

So a simple mistake has cost John a lot of money. Luckily he sought help fairly early on and made the necessary changes going forward. He decided that monthly accountability meetings with his accountant were needed to ensure that he stayed on track with his financial plans.

Talk to us about pricing generally. We can help you understand the implications for you and your business, so you can plan for the future and a profitable 2022. If you need any help with planning and forecasting, please don’t hesitate to get in touch. We provide a business planning and forecasting service to help you on your way to achieving your personal and business goals for 2022 and beyond. Take a look at how we could help here.

Get in touch if you have any questions. 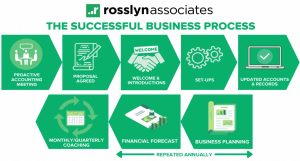