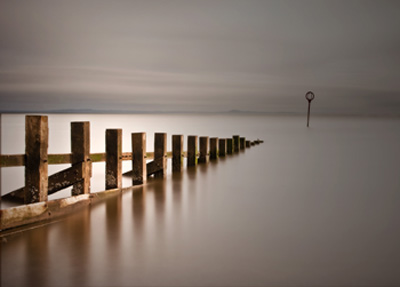 Is offshore tax planning for you?

If there is one theme that has kept coming up in my 28 years in tax it is people asking me if they should “go offshore” to save tax. Usually this is the result of a discussion they have had with a “friend” who pays no tax (apparently) as all his business activities and investments are held in a company based in the British Virgin Isles, or the Caymans or some similar tax haven.

Now, I’m certainly not in favour of anyone paying more tax than they have to. I spend a fair amount of my time helping people and businesses pay the least tax they can pay, legally. However it feels appropriate to clarify the main reason that most people can’t save tax (legally) by going offshore.

Before I go on, a disclaimer: this is a very complex area of tax and professional advice should always be taken before taking any action involving offshore companies or trusts. Also, there are legitimate tax savings to be made for certain classes of taxpayer using offshore structures, which I won’t go into here. I’m merely trying explain away a myth that is going around and perhaps saving some people a lot of grief with HMRC.

The typical situation is when an individual comes into my office and tells me he wants to set up a non-UK company and transfer his business to that company. He believes that by doing this the company (and he presumably) will pay no tax. I usually begin by asking if he is UK resident or domiciled. When faced with the blank stare I then briefly explain what this means. (Any tax professionals reading this will be laughing at the suggestion that these can be explained briefly!)

He will then typically say that he and all his family were born here and have always lived here and that he has no connections at all with any other country. By saying this he has dramatically reduced, if not eliminated, any chance of using an offshore company to save tax.

There is a little known (except by tax professionals) bit of legislation in the Income Tax Act 2007 which is referred to as the “transfer of assets abroad” rules. Essentially these rules say that if someone who is resident in the UK transfers assets abroad then any income which arises on these assets is taxable on him. (It’s a bit more complicated than that but that’s the gist of it for these purposes.)
So if our friend transfers his business to an offshore company then if he (or any other UK resident person) can receive the benefit of the income of the company then the income is taxed on him. In other words the whole thing is a waste of time and money.

There are a few ways to avoid this problem but they are very restrictive. They involve proving that tax avoidance wasn’t one of the main reasons for the transactions (might be difficult!) or in a situation where the individual is non-UK domiciled and the income isn’t remitted to the UK (perhaps a subject for a later blog).

But most often I suspect that the simple reason why no UK tax is paid by my visitor’s friend is that no return of the income has been made to HMRC. So it’s essentially tax evasion (illegal) rather than legitimate tax planning.