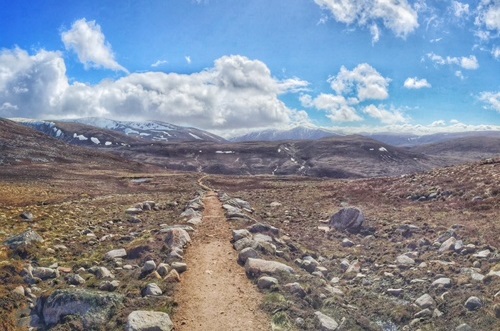 You own your own company, perhaps outright or perhaps along with others, and you have been paying yourself a low salary topped up with dividends from the company. For the last 18 years or so, since the first budget under New Labour, received wisdom in tax planning has been to pay director/shareholders this way as it can save several thousand pounds in tax and National Insurance Contributions (NIC) each year. It has always felt to me that it was only a matter of time before this tax benefit of being a limited company came to an end.

And now it has. From 6th April 2016 the rules have changed significantly and it is important to understand that if you are in this type of situation your tax bills will be higher in future, in some cases significantly.

Previously, the rather bizarre situation was that you could take about £40,000 a year out of your company with no tax to pay. Your company would have paid corporation tax at 20% but after that there was no more to pay if you kept your personal income from the company at that level.

From 6th April 2016 the tax rules for dividends have completely changed and will result in higher tax bills for most people. For someone taking £40,000 out of his or her company each year the increase in tax will be in the region of £1,800. That is, they will have a personal tax bill of £1,800 when the previous year they had no tax to pay.
This first tax bill will be due for payment on 31st January 2018 so it’s a while before you need to pay it. But bear in mind that if there are two directors/shareholders the tax bill could increase from nil to £3,600. Also, it could have an effect on your tax payments on account from January 2017.

So how have the rules changed?

Although the detail is quite complicated – as usual! – the basic rule is that now only the first £5,000 of dividends is tax free and any dividends received over that amount will be taxed at 7.5%, up to the basic rate tax limit (about £40,000). Above that level they will be taxed at 32.5% up to £150,000, and at 38.1% over £150,000 (There’s a nice catchy tax rate if ever there was one)
One perhaps unintended consequence of the new rules is that director/shareholders who kept their salary and dividends low in the past (and so had no personal tax due) only had to submit a Self-Assessment tax return if HMRC decided to issue one to them. From this tax year if dividends are more than £5,000 there will be tax due and they will have to register with HMRC and complete a self-assessment return. I expect that there will be significant numbers of director/shareholders in this position, which increases their costs and that of HMRC, with a larger number of people within Self-Assessment.

What can you do about it?

Perhaps not a lot is the short answer. Bringing other family members into the business as shareholders might be a solution (see my earlier article – “Can your children save you tax”). This needs careful planning and good advice to do successfully. Taking less out of the company if you don’t need it could be another strategy. Perhaps increased pension contributions would be a more tax efficient way of extracting money from the company. Choosing the best strategy requires a full consideration of all the relevant factors – both personal and business.